What is a thermocouple? This is an electronic sensor device that is used in temperature measurements. It comprises of coupled but different metallic which are joined at the end while it is connected to a thermocouple thermometer or another thermocouple-device the remaining end.

How Do the Thermocouples work?

Thermocouples are classified according to the different metal combinations which are available. They all have different unique characteristics such as the different temperature range, durability, vibration resistance, chemical resistance, and different application compatibility. 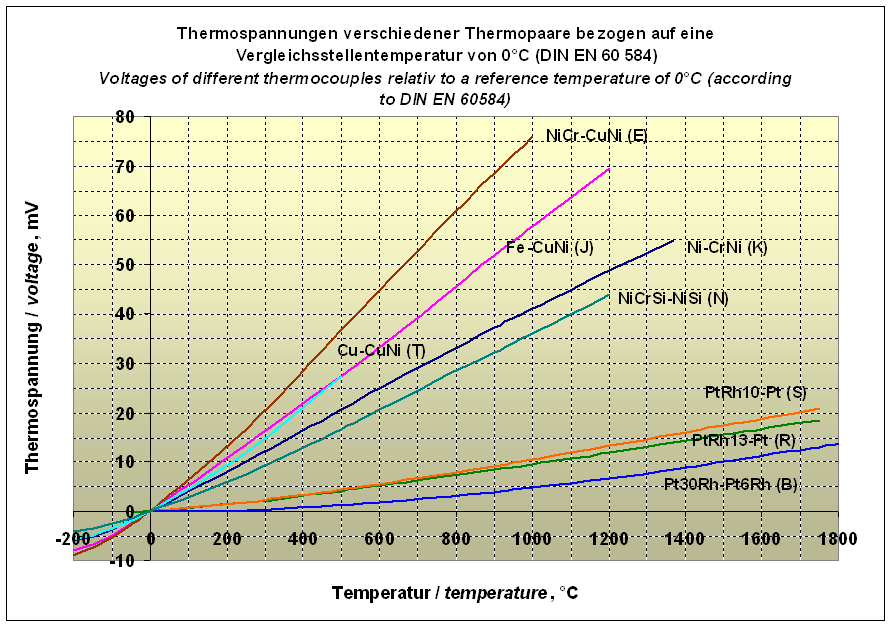 Generally, thermocouple sensors have a linear output relatively. This is because when a graph is plotted of thermocouples characteristics and relationship of temperature against mV output for the main base metal and types of noble thermocouples, we get a linear curve.

The Construction of Thermocouples.

Thermocouples are made up of two conductors which are welded together at the point of measuring. They are then insulated from each other on the outer protective sheath along the length. The insulators made of materials like PVC, silicon rubber, FEP, and PTFE are used in temperatures up to 250 degrees Celsius. Materials glass, fiber, and ceramic insulators are used for temperatures above 250 degrees Celsius. The thermocouples’ protection sheath for the medium temperatures usually 400-1200 degrees Celsius are made of metal. For temperatures above 1100 degrees Celsius, we use a ceramic material to make the sheaths. More consideration is taken when selecting and designing the protection sheaths compared to sensors. This is because sheaths are expensive and they must provide against any chemical or physical attack.

Thermocouples insulated against minerals are made up of other metal sheaths to house them. These sheaths are filled which magnesium oxide powder which is highly compacted. The powder is used to prevent the conductors from contacting at any other point other than the junction where they are fixed. The construction of the thermocouples allows sheaths to bent or be formed to any required shape according to the user but remain intact when they are in use. The whole process of thermocouples assembly is sealed with Hermetics to give the conductors all protection needed from the operating environment.